I am really looking forward to your new drama and new song. Really miss hearing your beautiful voice. I can't believe you are thirty, you still look so cute. I know you had a difficult year but please be strong, your fans will always support you. I hope you have many more new movies and dramas coming soon.

I have been too busy and haven't started watching Kaitou Tantei Yamaneko yet but hope it will have  very high ratings. I am still very sad and bitter about KAT-TUN's situation, especially will miss their two regular programs. 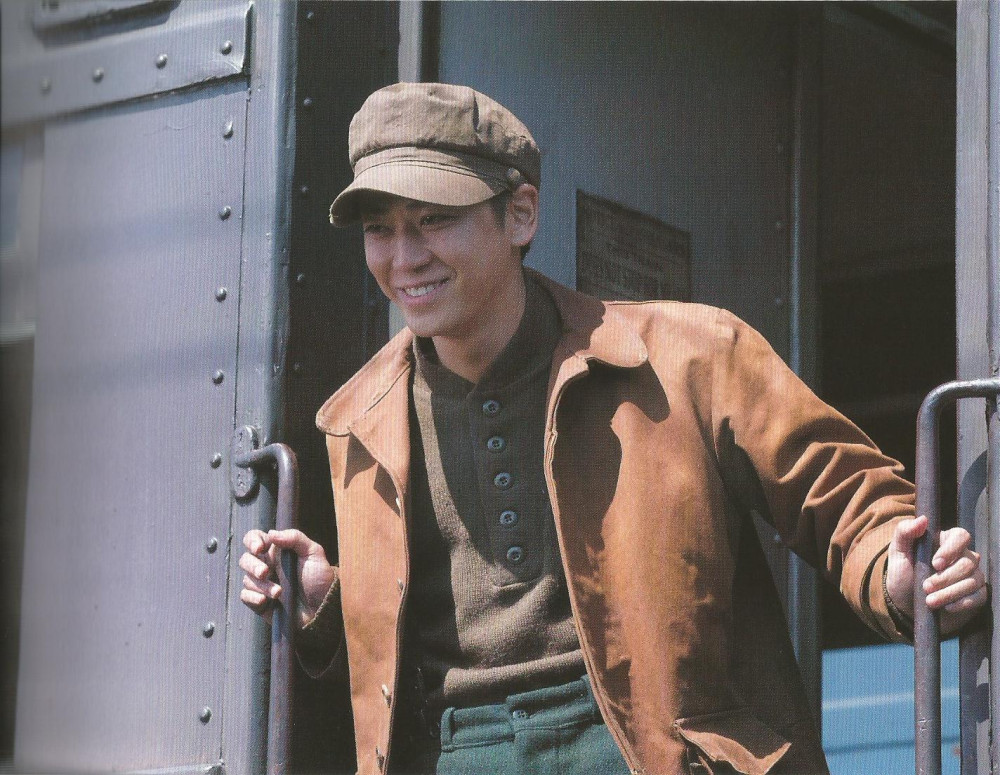 Finally watched Vancouver no Asahi, so happy that it has been subbed. I enjoyed the movie, it was a bit slow in the beginning, but it was needed to introduce the characters and some of the background for the movie. The actors have good chemistry together, just wished there were more baseball scenes.

Just finished watching Ouroboros, maybe my expectations were too high but I was a bit disappointed. Police and mystery dramas are my favorites and I like watching Oguri Shun's dramas. However, I liked the first half more, the story became more predictable and exaggerated in the second half.

It was another big police conspiracy, the police were worse than the Yakuza. The whole thing didn't make too much sense to me, why would that guy put his own son into that home? The ending seem quite pointless, to be accidentally shot by that kid. I would have preferred a better ending for them and more  screen time with them together.

I liked last year's Border and Bitter Blood more, still waiting for Border 2. Korean police dramas are definitely improving and Bad Guys is worth watching if you like the mystery/thriller genre.

Just finished watching the last episode, no more dancing and half naked Kei, going to miss it so much. Can't believe there were no bed scene or even one kiss in the last episode. I wonder if because it is so short that they really couldn't develop the story very well. I could feel Kei really wanted to be with Yui but I can't really don't understand Yui. I am really not a modern woman, there is no way I am going to find research more fulfilling than being with Kei.

Am looking forward to the Kame's new project

I had mixed feelings watching episode 6, I could understand Kei but not really Yui. This is his dream showing his dancing around the world and he wanted her with him, maybe it is selfish. But she doesn't seem to enjoy her work that much and she found her life suffocating before she met him. If I were the one asked, I would definitely have gone with him for a year round the world. I am not sure what is going to happen after looking at the preview, but I can't wait

Oh no, they are drifting apart. I guess this is inevitable since Kei's career is taking off.  I felt very sorry for the girl in this episode and am glad that she turned down her ex's offer so quickly. I have a bad feeling how this is going to end. 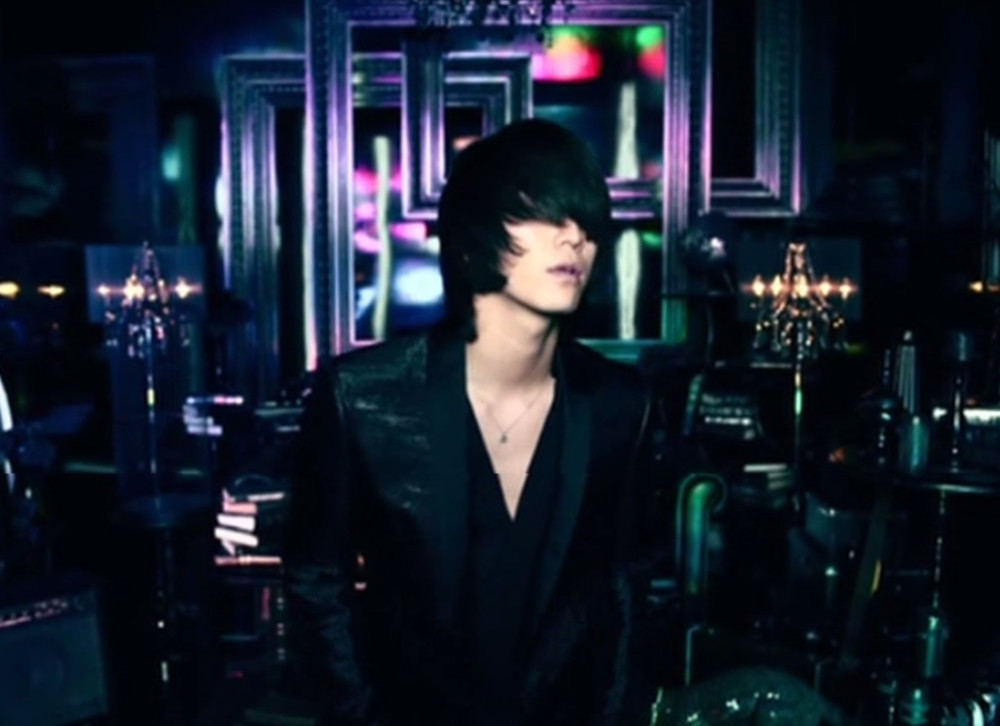 Love KAT-TUN's new PV and I love the song 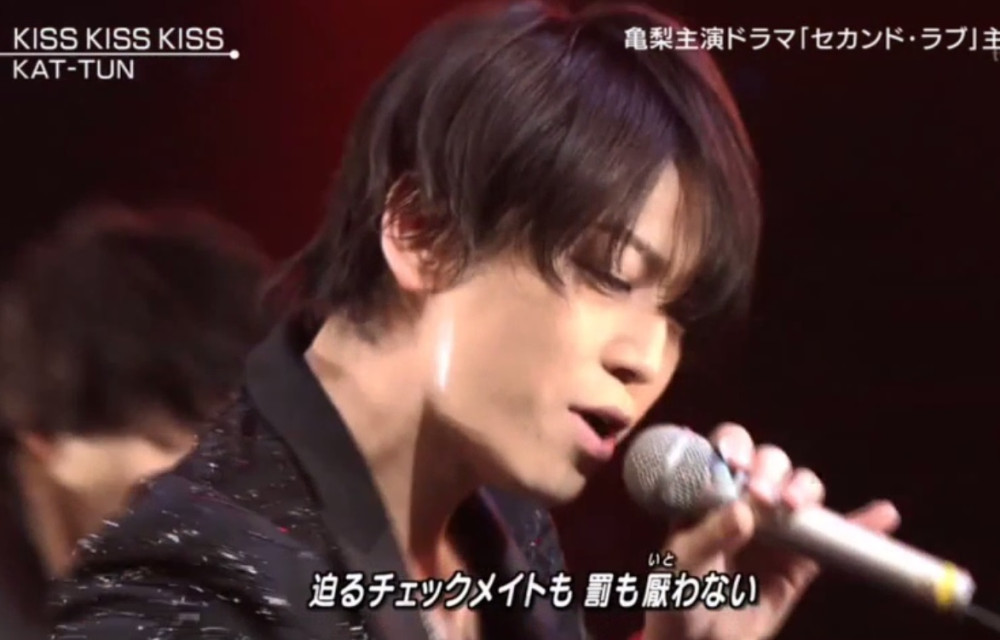 Their performance in Music Station was so nice,
love Kame's new hair

Finally watched episode 4, looking at Kame is always nice. He was naughty again, this time - no hands.

Watching him cry made me cry (I cry very easily at dramas and movies, even reading fanfiction). However, it was very sad when he realised he was not as good as the other dancer, but every cloud has a silver lining. His career seems to be getting better but trouble with the ex-boyfriend and THE MOTHER is looming. Can't wait for the next episode.

As part of Kame's birthday project, I made english subs for the 29.01.15 VS Arashi with
Kame as guest. This is my first time making subs and I translated it from Chinese since
I don't really know Japanese. So,there will bound to be mistakes but still enjoy it.

ihsarafes retimed and color coded the subs to the KnH raw version which is more used
by Arashi fans. She also kindly finetuned my translation.
The subs can be downloaded here.                   Subs
The Fonts to be used with the subs is here.     Fonts

Please do not claim the subs as your own.
Do not upload the subs to any streaming sites.

So disappointed that Second Love has been cut to 7 episodes, this doesn't leave much room for development. Not sure how they are going to wrap things up.

Their relationship is developing fast, she is already moving in with him and they finally get some sleep. I like her character more now since she is showing some spirit. I really hate that German guy, asking Kei just to be an interpreter. The mother is really selfish. Can't wait to see what happens in episode 4.
Collapse